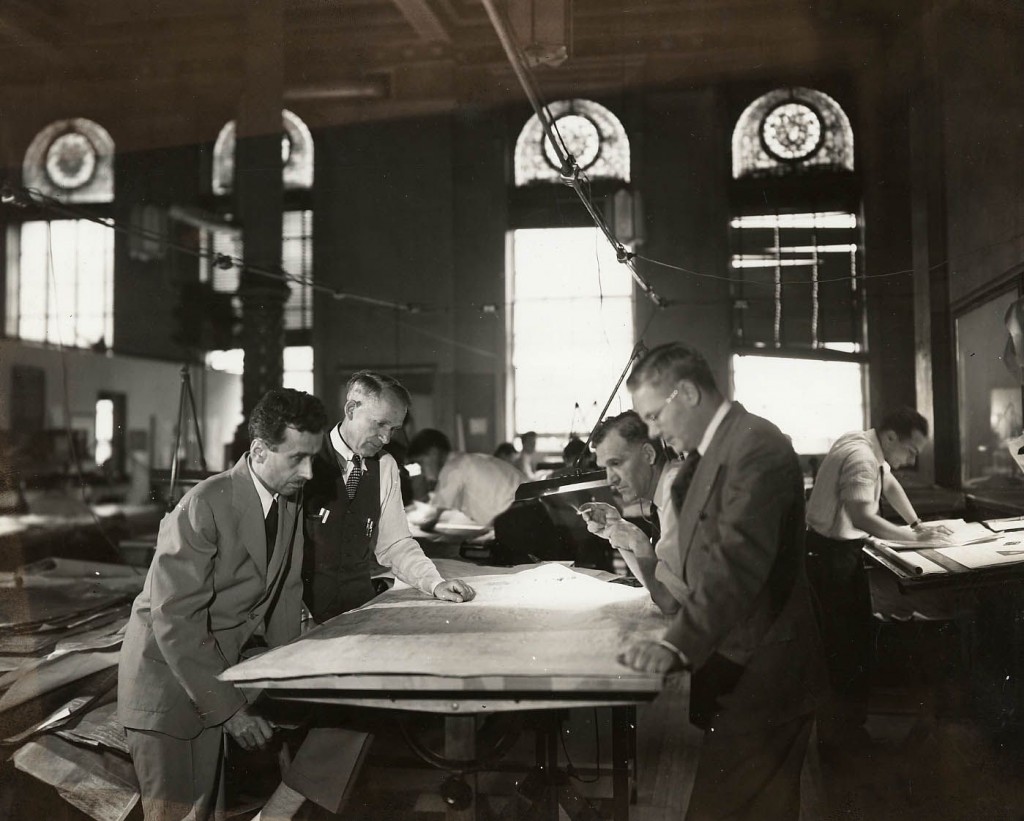 Looking Back to See the Future

Severud Associates has been providing structural engineering services for projects in New York City, throughout the country, and around the world since 1928.  During this time, the names and faces of the firm’s principals have changed, but its hallmarks of excellence and innovation have always remained the same.  Before starting his own firm, Fred N. Severud partnered with James Ruderman in an engineering venture that gained a reputation for devising structural solutions for challenging projects.  Although their partnership did not last long, Severud began a new firm—89 years ago this month—and accepted his first project, providing structural engineering services for a parochial school in Flushing, Queens.  Fred N. Severud went on to have a long and storied career.  His legacy continues to inform structural engineering today.

Shortly after Severud opened his office, Eivind G. Elstad and Max Krueger joined him, and the firm became Severud-Elstad-Krueger Associates.  Severud and his partners engineered innovative designs for complex and cutting-edge structures, often working with renowned architects such as Eero Saarinen, Mies van der Rohe, and Charles Luckman.  Together these masters of engineering and architecture produced a number of iconic American structures such as the Gateway Arch in St. Louis as well as the Seagram Building and Madison Square Garden, both in New York City.

In the years since Fred N. Severud hung out that original nameplate, many talented engineers have joined the staff, helping the firm earn a reputation for excellence and innovation.  Several notable structural designers, such as Horst Berger, David Geiger, Robert Silman, John Zoldos, Stanley Goldstein, and Ted Happold (Sir Edmund Happold) learned from the experts at Severud Associates and then branched out to begin businesses of their own. Through the years, however, only 20 professional engineers have been partners in the firm, and the list reads like a who’s who of the structural engineering community with names like Fred Severud, Jr., Tibor Szegezdy, John Cryan, and Edward Messina along with their predecessors Hannskarl Bandel, Werner Sturm, Alfred Perrone, Eivind G. Elstad, and Max Kreuger. The firm also gained several accomplished engineers when Weiskopf & Pickworth—a company known for the structural design of the United States Holocaust Memorial Museum and the Ronald Reagan Building and International Trade Center, both in Washington, D.C. as well as an array of other important projects—became a part of Severud Associates in 2002.

Today’s principals—Edward M. DePaola, John A. Baranello, Jr., Cawsie Jijina, Steven J. Najarian, and Brian A. Falconer—maintain the high standards for quality set by the earliest partners as they and their entire engineering staff design an array of structures ranging from office, commercial, and residential buildings to education and athletic facilities, hospitals, cultural institutions, airport terminals, and research centers.  Under the leadership of these five engineers, the firm’s portfolio has grown to more than 16,000 projects and now includes acclaimed structures like the high-rise office building known as One Vanderbilt Avenue, New York University, 181 Mercer Street, and the Halletts Point residential and retail development, all in New York City.  Looking to the future, one thing is certain:  Severud Associates will continue to be at the forefront of structural engineering, using best practices for safety, innovation, and economy to design structures that meet clients’ needs and architects’ visions.